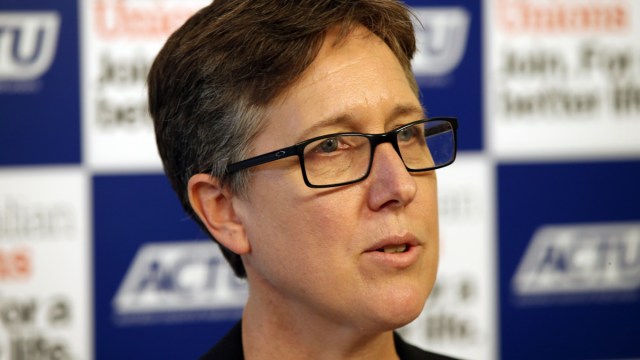 Australian Council of Trade Unions president Sally McManus said low wage growth, insecure work and cost of living had been left “festering” under the Coalition for nearly a decade.

“We want our country to be one where working people are respected and the issues, the pressing issues, that are affecting them are addressed,” Ms McManus said in Melbourne on Sunday.

In his victory speech on Saturday night, Mr Albanese thanked the union movement and said he’d be working with them and businesses to “to drive productivity, lift wages and profits”.

With the extent of Coalition losses yet to be confirmed, Ms McManus said people were sick of outgoing prime minister Scott Morrison’s inaction.

“You could list a whole lot of things he didn’t act on but for us, obviously, it was the the fact that wages were going nowhere,” she said.

“Even simple things like supporting the minimum wage going up, for people on $40,000 a year, he said that wasn’t his job.”

“It’s not just about a number, it’s about values and what you stand for.”

She said Mr Albanese’s backing of wage rises in line with inflation were a “key moment” of the campaign.

As of midday on Sunday, it was unclear if Mr Albanese would be able to form a majority government or need to work with some of the parliament’s newly elected crossbenchers to govern in minority.

The NSW Teacher’s Federation also backed Mr Albanese’s win, saying it was ready to work on Labor’s election promise of boosting schools funding to reach 100 per cent of the school resources standard.

The National Tertiary Eduction Union also called for more funding for staff in the university sector.

“A strong and vibrant NSW is the best thing for the national economy,” he said.

The post ACTU hails Labor’s triumph as the first step to pay raises appeared first on The New Daily.